In some countries,some criminal trials are shown on the television and the general public can watch them.Do you think the advantages of this outweigh the disadvantages?

1.增强公众法律意识，普及法律知识：Public trials would give everyone a better sense of what goes on in court,The kinds of crimes that happen in our world,And the punishments that can serve a deterrent（威慑手段）.

2.增强法律系统公正度（Faith in the Justice System）：Laws are made in Parliament but enforced in courts（在法庭中执行）,If we aren't seeing what goes on inside these cases（case做法律术语，案例案件）,How are we supposed to have complete faith in the justice system（对司法系统彻底信任）?How can we be sure that court trails are fair and free of bias or discrimination（没有歧视）?How can we say with complete confidence that we have a fair legal system when we have no personal insight?Televising court trials would give us the faith in our legal system that we so desperately need.

3.教育目的：Televising criminal trials is a great form of education for children.Children would learn about what is bad and good,Right and wrong.If they know that someone will be locked up in prison（关监狱）for theft or drink-driving or drug-dealing（偷窃，醉酒驾车，吸毒），they’ll learn from others mistakes and hope that these crimes wouldn’t be committed（commit-动词，犯罪的犯）by themselves in the future.

1.法庭审判不是真人秀，影响正常执法：Any of the participants in a trial（法庭参与者）which is being broadcast are aware they're being watched.Being aware you're being watched very well could alter the behaviour（影响行为）of those involved.Lawyers could be more concerned with celebrity（名人）,and so could judges.Televised trials can be turned into a free-for-all with people wanting to get attention,and it takes away from the purpose of the trial which is to find a person guilty or innocent（有罪还是无辜）.

2.人有基本的隐私权：People have a right to privacy.Just because you broke a rule does not take that away.There are trials that are open to the public and if someone is truly interested in a case they should go to the court and watch it.It is wrong to televise a trial without the consensus（认同，一致）for those involved.

In recent years,criminal trials have been televised in some countries to allow the public an opportunity to watch them.I believe,although there are advantages,making trials public can lead to too much injustice（不公平）and other problems.（although句型是表达个人的非常好的句型，although+反方观点，I think+自己观点）

One of the main advantages of allowing court trails to be broadcast on TV is that the entire judicial system is open to the public to watch and supervise(动词：监督，监管).In some countries where the judicial system is corrupt,it would be a step forwards more justice by televising the trails as it is overseen(原型oversee-动词：监视)by the public.Another benefit is that opening the doors of the court room allows the public rights to information.The public have a right to know the details of trails so that they can form their own opinions.This is important in countries where the government has restricted public access to information.

On the other hand,allowing trails to be shown on TV has serious consequences.Firstly,the public might form opinions which are based on mass media(大众传媒)bias and a lack of understanding of the legal system.This public and media pressure might affect the outcome of the trial and justice will not be served.（这个点很不错，大众的意见和媒体的导向可能会左右法庭审判的结果）Secondly,the legal team might see this as an opportunity to promote themselves which means they may be distracted and not put all their attention into defending（defend-动词：辩护，保护）or prosecuting（prosecute-动词：检举，告发）.Lastly,the jury is supposed to decide the verdict（裁决）but by televising the trial,the entire public removes the effectiveness of a jury system. 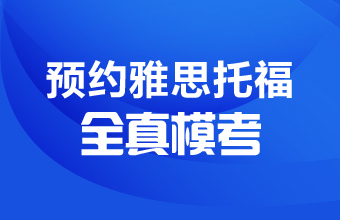